How to distribute roles among project participants? How does this affect project performance?

If we all decide to play the first violin, the orchestra will not work out.
Therefore, it is necessary to respect every musician in his place.
Robert Schumann.

To be effective and optimally use resources, each working group, at a minimum, has to have key roles in place:
— One, who will lead the group (Alpha);
— One, who will create opposition and generate new ideas (Omega);
— Members, who will support and subordinate (Gamma);
— Some, who will professionally and neutrally evaluate and advice (Beta).

In project management, the issue of forming an effective team is always relevant. In projects, a conflict often arises between a manager and an informal leader. This conflict plays an important role in the self-organization of the group and its transformation into a team. The confrontation, and in fact, the battle for influence and power between the manager and the leader, can either significantly lead the team forward or destroy it.

In addition, external adverse factors exacerbate this confrontation and accelerate the processes of group structuring. Let us consider in this connection the model of the group according to Schindler. According to this role model, the group gains its identity, sets own boundaries and becomes an effective team in confronting external influence (G) — a person outside the group, another group or external circumstances. In this case, the external influence (G) is not always negative, it can be neutral, but for the formation of the group it must be intense. 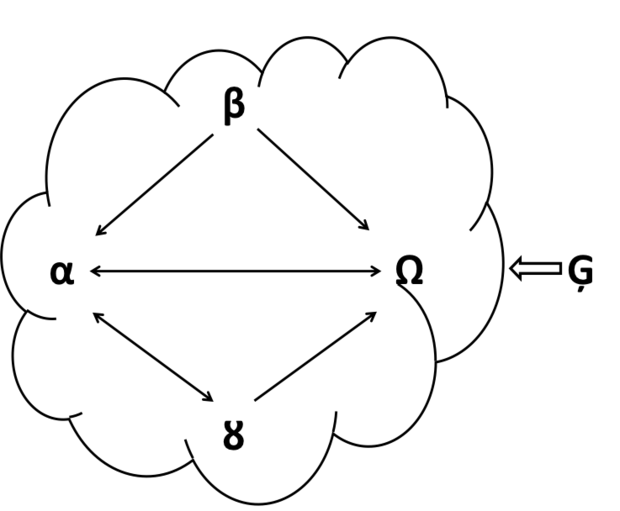 He is subject to aggression, condemnation and under threat of exclusion out of group. He can easily turn into a scapegoat, unwittingly drawing off the attention of the group from weaker team members.

If Alpha is rated by the group as a symbol of safety and stability, then Omega is identified with uncertainty, change and threats. At the same time, Beta is not involved in the conflict between Alpha and Omega. He has the role of an external independent observer. A prerequisite for such a position is Alpha’s recognition of Beta’s professional qualifications.

An interesting fact is that these roles are not permanent. Depending on the situation, they may be occupied by different members of the group. Beta may decide to support either Alpha or Omega, significantly shifting the balance of power in the group. In case if “Ackela is slip-up”, he may lose a power and exchanged the place with one of the Gammas or Omega.

To minimize conflicts and create a team, it is important for the formal group leader to determine:
— Who performs what roles in the group at the moment?
— What does each member of the group advocate, being in his role?
— What does he compensate or which role replace?

To understand it, it is very important to stimulate a mature, respectful relationship, open interaction and exchange of views between key team members.

Many Agile principals, that are widely used in project management, focus on this idea. Regular change of Scrum-masters at Scrum-meetings and free discussion of the problems of each member of the team forms the skill of cooperation, respect and mutual assistance.

Agile practice, in which each team member periodically plays the role of a Scrum-master, helps the player feel not only power, but also the responsibility associated with it.

The art of leadership is to maintain such a free and respectful atmosphere, to be able to sacrifice personal ambitions in favor of team goals. Alpha’s ability to find a common language with each player, including Omega, who may overtake his place, largely influence on the final outcome and work results of the entire team.